Case study: why move from Greenwich to Nazeing? – DOCKLEYS
SEE WHAT THE MARKET IS LIKE FOR YOUR HOME

Case study: why move from Greenwich to Nazeing? 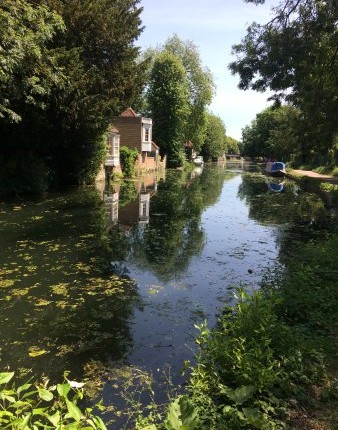 I recently helped a lovely couple, Craig and Kayleigh, to buy a new home in Nazeing, on the border between Hertfordshire and Essex. They have very kindly given me permission to share their experience and explain more about why they decided to move out of London (thanks, guys!).

Craig and Kayleigh both work in the City and had lived in Greenwich for seven years and got married in June. They had a flat under shared ownership, but they felt it was time to get out of London. People move out of the capital for a variety of reasons, but uppermost in this couple’s minds were the need to be in countryside and nearer to family. 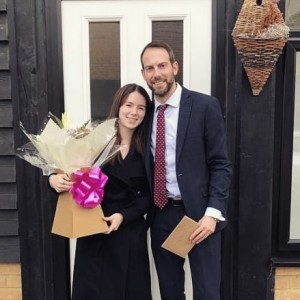 Craig grew up in Hertfordshire and much of his family still live there, mostly in Hertford. Kayleigh is from Sheffield, and misses the Peak District – she has always dreamed of living in the countryside, and after seven years of city living, it was the right time to make the move. By choosing Nazeing, they are able to live nearer to family and in the country, while still having an easy commute via Liverpool Street Station.

An easy commute from Essex to London

They haven’t even had to compromise too much on travel times or convenience. Their commute time has increased, but not as much as you’d imagine – the DLR from Cutty Sark to Bank is 20 minutes, but their new train journey from Broxbourne to Liverpool Street is only 28 minutes.

More for their money

Craig and Kayleigh are also reaping other benefits of moving out of London. For the same price as a two-bedroom flat in Greenwich, they’ve been able to buy a three-bedroom house in Nazeing. By moving from a flat to a house, they’ve gained their own garden and lot more living space, not just another bedroom!

Many newlyweds move out of London with a view to raising a family in somewhere safer and more spacious than the capital. I don’t know whether Craig and Kayleigh are planning a baby any time soon, but they’ve already told me how handy it will be to have Craig’s family nearby to babysit! And with better, smaller schools in Essex and Hertfordshire, it’s easy to see why so many couples move out to the Home Counties in readiness for bringing up children.

Move from East London to the Home Counties

I always feel so torn between London, where I’ve lived for years, and Hertfordshire, where I grew up. I’m thrilled for Craig and Kayleigh that they’ve made the right move for them, and that they’ve finally got back to the countryside they missed so much.

Why does Dockleys work in East London and Hertfordshire?