Improving London’s air quality – is new build the answer? – DOCKLEYS
SEE WHAT THE MARKET IS LIKE FOR YOUR HOME 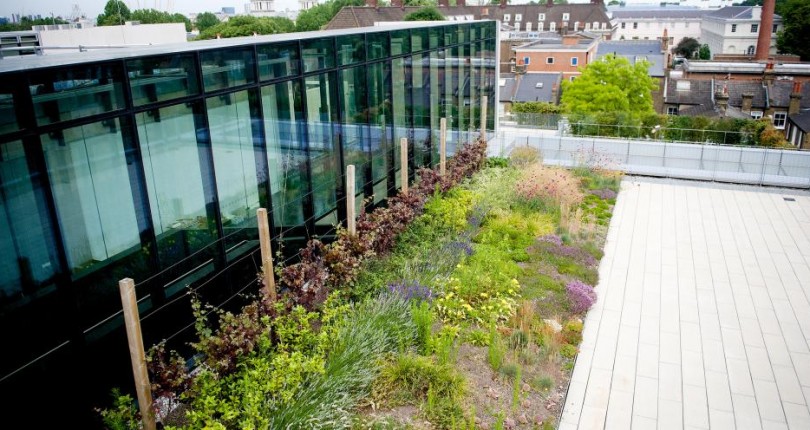 As people young and old take to the streets to highlight the issue of climate change, it’s a good time to look at what positive steps London is already taking to address the problem.

Mayor Sadiq Khan is aiming to make the UK capital the world’s first National Park City, with over 50% green space. It’s already going pretty well, with public parks (like Victoria Park in East London), domestic gardens and the rivers and canals making up 47% of London.

The Greater London Authority has adopted the Urban Greening Factor, a formula for calculating the impact of greenery in new housing and commercial developments. Every element is given a rating of 0-10. 0 is given for unenvironmentally friendly factors, like non-permeable surfaces which encourage water runoff. At the other end of the scale, 10 is given for thoughtful measures like planting in deep soil, which not only helps water to drain effectively but also supports biodiversity, absorbs CO2 and releases oxygen. The UGF enables planners to measure the environmental impact of a development and ensure that it is as green as possible.

Is new-build better for the environment?

It stands to reason that new build homes are more environmentally friendly than older buildings. With stricter planning regulations, good insulation and more efficient energy use are becoming standard – both factors which make a new home better for the environment. Even the build process is greener, with developers sourcing materials responsibly and making more effort to recycle the waste they generate.

The efforts towards green space are significant as well. As I visit newly built developments and look at plans for future ones, I’m seeing more and more effort being put into making London greener. New Providence Wharf – among others – has its own green roof, while plans for the new Crossrail offices include a stunning public roof garden. At ground level, I’m seeing extensive landscaping as part of every new development, including two acres of green space at the new 250 City Road development. It’s great to see the GLA’s greening policy in action.

Of course, with a population of over eight million, there’s a long way to go, but green roofs and more planting at grounds level are all steps in the right direction.

I’m buying a new home in East London – do I need a conveyancer?