Self-build in Japan: the Osaka House Project – DOCKLEYS
SEE WHAT THE MARKET IS LIKE FOR YOUR HOME 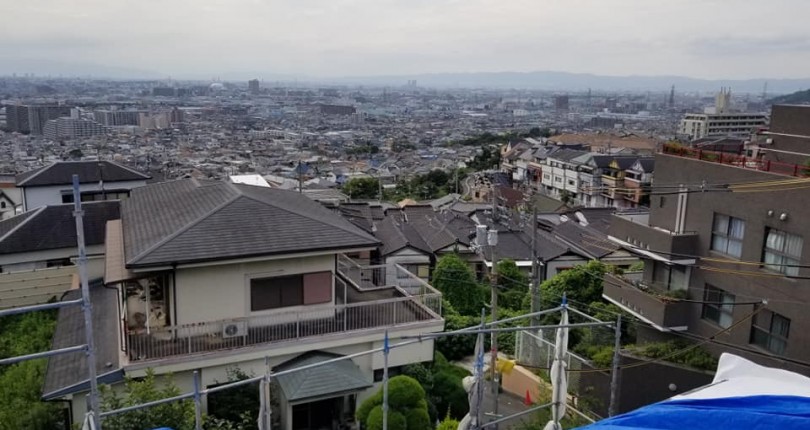 Don’t worry – I’m still selling and renting property in East London! But a former client of mine has embarked on a very exciting house building project in Osaka, and I’ve been avidly following his blog and reading about all the developments.

Tom and I first met in 2010 when he was buying a flat in Limehouse. He came back to me when it was time to put the flat on the rental market three years later. The flat was finally sold in 2018 – by this time, Dockleys was firmly established and I’m delighted to say that Tom came back to me a third time and the flat was sold through me.

Tom has been living in Japan since 2013, but he and his wife Yuko have struggled to find a house to buy that was suitable for their needs. For one, Japanese houses tend to be small (relative to house sizes in the UK) and Tom and Yuko simply couldn’t find a property that was big enough, affordable and in the right location. Instead, they decided to build their own house, fulfilling a dream of Tom’s, as well as following a trend for home-building that’s much more common in Japan than it is in the UK.

Tom and Yuko have been bravely taking on every challenge that the project has thrown at them. Some of these challenges might have arisen anywhere in the world, like the discovery that it’s worth increasing your budget to get the house you really want. Other challenges have arisen because of the East-meets-West nature of the project, and some are unique to house building in Japan.

There are conventions in Japanese house building that must be followed in all but the most extreme space-saving cases. One is the genkan, which is the entrance hall and the place where you remove your shoes before entering the house proper. It’s fascinating that even though houses are small and space is so limited, the genkan is still a priority in house building. Tom and Yuko’s house will have a genkan and with neat storage for shoes and coats, they’ll be the envy of all their British friends!

Bathrooms are also different. Instead of having the shower, basin and toilet all in one room and a bath if you’re lucky, the Japanese always have the toilet in a separate room – why would you have something “dirty” in a room where you get yourself clean? A bath is a must, but only for a relaxing soak; you have your wash under the shower. Again, how fascinating that the Japanese prioritise bathroom convention like this, even in their relatively small homes. Tom has accepted this style of bathroom for his new home, on the condition that he gets the right shower for his tall frame!

Building in an earthquake zone

Earthquakes bring their own set of challenges to house building in Japan. Osaka has already had a serious earthquake in the time that Tom and Yuko have been building; the consequence of this is that local building regulations have changed. What this meant for Tom and Yuko is that their plans to partly remove a retaining wall and create a car parking space had to be revised – fortunately, their builders came up with an affordable alternative to the original design.

Earthquakes also put even the best-built buildings under strain, meaning that Japanese property depreciates in value over time. Japanese people also don’t like buying old property, which also contributes to the depreciation of house prices. As a London estate agent, I find it quite difficult to get my head around this! Nearly all UK property appreciates in value, and as a rule, any money we spend on properties we own (loft conversions, double-glazing etc) increases their worth. The Japanese property market is very different, though, and certainly gives me food for thought. Tom and Yuko hope that their house will last for 50-100 years – they plan to stay in it for the long term and expect to break even or better against the cost of renting. Tom assures me that land values in Japanese cities do increase in value, so there is some element of investment for the future. 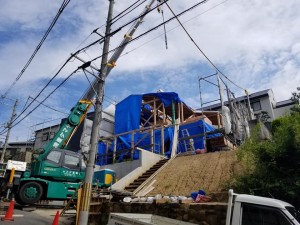 Tom and Yuko’s house in Osaka should be finished by December of this year. If you want to find out more, you can read Tom’s blog, the Osaka House Project, here.

I’m sure you’ll join me in wishing them the very best of luck with their build, and many happy years together in their new home!

If you’re considering investing in one of the units at the new City Road development, you’ll be...

If you’re thinking of moving out of inner London, maybe in search of a bit more space for your...

As people young and old take to the streets to highlight the issue of climate change, it’s a good...